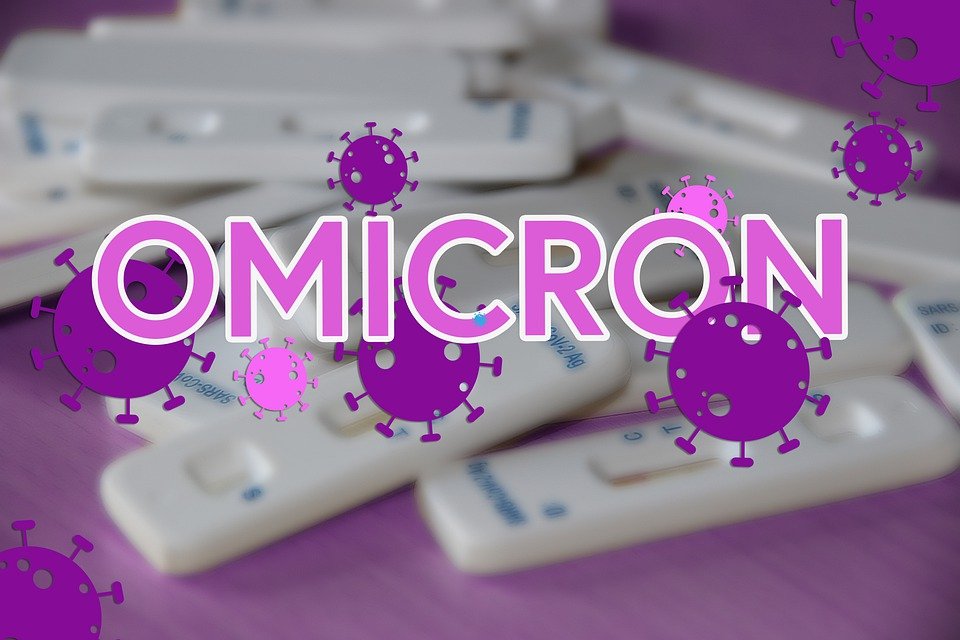 Concerning Omicron, Gergely Gulyás said the jab ensured protection against serious symptoms rather than the infection itself, adding that all vaccines licenced in Hungary were effective. Omicron, the PM’s chief of staff added, accounted for a significant proportion of new infections, and warned that the number of new infections was “growing fast”, with the number of people becoming sick expected to grow significantly in the next few weeks.

He added, however, that Omicron caused less serious symptoms, and in other countries a higher number of infections had not resulted in a higher number of hospitalisations or deaths. He said he hoped the situation in Hungary would follow that pattern.
Gulyás said Hungary had a sufficient number of hospital beds, with only 25% of them occupied by Covid-19 patients, adding that 2,261 Covid patients and 596 patients whose Covid status was unconfirmed were currently hospitalised. Fully 8,546 beds in Hungarian hospitals are unoccupied, he said, adding that the capacity could be increased if necessary. Gulyás stressed that the primary protection against Covid was vaccination, adding that Hungary had a total 9.2 million doses of the Pfizer, Moderna, AstraZeneca, Janssen and Sinopharm vaccines. He welcomed the large number of shots administered during the recent vaccination campaign. Jabs without registration will continue in February on Thursdays, Fridays and Saturdays, he said, adding that currently 64% of Hungarians were vaccinated, “a good ratio in the region, though we are in the last third in European comparison.” He also said the government will issue a decree this week on the option of a fourth Covid shot for those who ask for it after consultations with their doctor.

Meanwhile, Gulyás said last year’s economic growth in Hungary could be as high as 6.5-7%, an “unparalleled economic achievement since 1989”. Last year’s economic figures, he added, were “encouraging”, with indicators in November and December better than expected despite “a number of hardships” in 2021. He said the automotive sector could have performed better if not for the global chip shortage. Gulyás noted that rising energy prices had started “an inflationary spiral” in the world, and he insisted that the EU’s energy policy would result in further price hikes. The government is determined to fight higher prices and save people from the burden of inflation as much as possible, he said, adding that the government’s scheme reducing utility bills had helped each households save 500,000 forints, while he also hailed the government’s move to put a cap on fuel prices, saying that the government would decide whether to maintain that measure in the middle of February.

As regards the prime minister’s announcement on Wednesday that the government was ordering price cuts on basic foods, Gulyás said that hopefully the measure would make life easier for those struggling to make ends meet. He noted that the price of sugar, wheat flour, sunflower-seed oil, pork leg, chicken breast and milk with 2.8% fat will be reduced to their price on Oct. 15 last year.
Meanwhile, Gulyás said the government welcomed the decision to hold the general election and a referendum on protecting children on the same day, pointing out that it would save the budget 7 billion forints (EUR 19.6m). He said hugely important issues were at stake in both ballots, and he added that the government asked everyone to express their opinion not only in the general election but also in the referendum.

Asked about recent comments by opposition prime ministerial candidate Péter Márki-Zay, Gulyás said the majority of his remarks “are in line with the positions held by the left over the past decades”. “That’s what it’s been easy for the Hungarian left wing to support him,” Gulyás added. A potential opposition coalition would also be tainted by anti-Semitism, he said. Referring to conservative Jobbik, Gulyás said that though anti-Semitism was not “a continuation of the left’s past activities, they’re still allying themselves with those who, just a few years ago, called for the listing of Jews”.

Concerning the 13-month pension, Gulyás said the Socialist government of Ferenc Gyurcsány had scrapped the measure in the 2000s, and Márki-Zay, too, was against it. “So the 13th-month pension would obviously be under threat if the left came to power,” he said. Asked if a new left-wing government could be expected to privatise health care, Gulyás said the last left-wing government had wanted to privatise medical care and hospitals. “And now their prime ministerial candidate is saying that only privatisation can help the sector in the current situation,” Gulyás said. “Péter Marki-Zay thinks health care is a business.”

Asked if there would be a prime ministerial debate ahead of the April 3 general election, Gulyás said it was “best to wait for the start of the official campaign period” when it came to dealing with the campaign.

Commenting on the planned purchase of Budapest Airport, he said, “We will wait until after the [April 3 general] election” but the government’s position remains unchanged: “We always considered it right for the national airport to be in state ownership, or at least in Hungarian ownership.”

Meanwhile, Gulyás noted that the French president had participated in a Visegrad Group meeting during Hungary’s presidency of the group, adding that the German chancellor, too, was welcome to attend a V4 meeting. 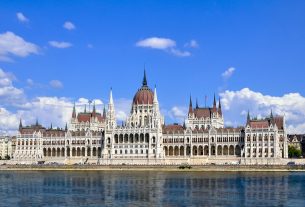 Opposition Calls for Referendum Be Held on Election Day 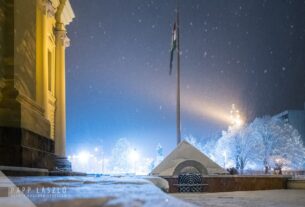 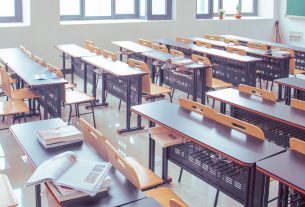